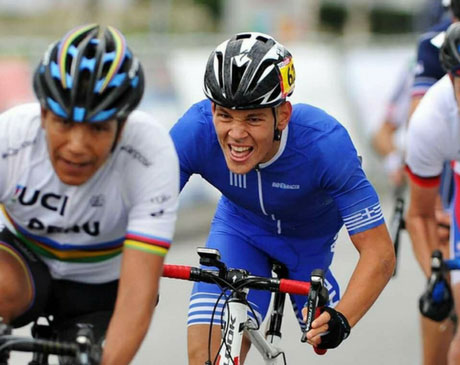 Nikos Papaggelis was born in Rio, Patras, Greece in 1999. He has won the Pan-Hellenic championship of Para-Cycling (cycling for people with disabilities) during the last few years. In 2017 he placed third in the world championship. His biggest goal is a medal at the Paralympic Games in 2020 in Tokyo.

He also studies Dietetics and Nutrition at the School of Health Science & Education of Harokopio University. His goal is to complete a postgraduate course and work as a sports dietitian.

Despite his young age, Nikos Papaggelis has taken prestigious places in many world cups: